Robotic Process Automation: How Can it Go Wrong?

The coin seems pretty up in the air when it comes to opinions on whether Robotic Process Automation (RPA) is an effective tool for business use. On one side, the cost saved on manual labor is irrevocably undeniable. Plus, the potential to beneficially change the overall quality of process execution is impressive, to say the least. And say “Good-bye” to the possibility of human error! Why even wait for the coin to hit the ground, then? Clearly, RPA is the infallible way of the future, right? Well, not necessarily…

The Issue at Hand

In a report by Ernst & Young, a breath of optimism is offered in regards to RPA and the potential it has for the business world. Having delivered RPA projects to 20 countries, it’s easy to say the belief in the product is there. Despite this, it is cited that anywhere from 30-50 percent of startup RPA projects go awry. This isn’t viewed as a reflection of the technology itself so much as it is the misunderstandings behind the purpose of RPA technology. The burden, at least this once, does not lie on the software.

RPA software itself is designed to be, on the surface, an easy low-to-no code alternative to repetitive standard workflow automation. The process is simple: the systems watch a user perform a task through the graphical user interface (GUI) and then repeat the tasks the exact same way. This seems like a really nice convenience and a wonderful addition to a business, but the simplicity is misleading. This creates one of the biggest reasons that RPA implementation fails in companies: it is viewed as a one-off situation, sort of a “set it and forget it” when it is really a constant investment of time.

This seems to be an overarching theme when it comes to RPA implementation: the thought that simplicity means lower efforts spent. Due to the laid-back nature of the programming, it’s easier for an individual with less technological knowledge to craft an automation process. On a small scale, this is a survivable factor. On a larger scale, however, the system spreads, and reversing the process soon becomes unmanageable. What this means is that it is imperative to establish guidelines on what and where to automate procedures before a problem occurs.

RPA use in Legacy Systems

Another problem is that a lot of companies have accrued massive amounts of technical debt by centering their business on legacy IT several years ago. Jakob Freund, CEO of Camunda, seems to have an overall view that RPA implementation simply delays potential, saying “Applying RPA gives some executives the illusion they would actually be undergoing a ‘digital transformation,’ which would allow them to defend their market shares against new digital native challengers such as fintech startups or big techs.” RPA simply can’t make up for an outdated IT infrastructure. Elaborating, Freund adds that RPA can actually delay modernization by removing the painful situations that are required to create important improvements

Issues caused by changes to GUI

One of the largest causes of stress in regards to RPA programming is the huge ways tiny fractures can throw everything into a tailspin. Since the robotic programming emulates what it views in the GUI, any changes — even minor ones — to the underlying GUI will render the automation broken and unusable. To a human, this is an event that can be subverted; the “free-will” that is lacked by robotic programming prevents any in-the-moment thoughts that can prevent a breakdown.

Often, there are no automated regression tests to fall back on to save this. So once a company starts automating without foresight, reverse engineering the process is a huge setback. This is especially devastating when considering the massive quantities of bots in use for various automations. With all of these processes in place, it’s extremely difficult to make up for any of the tiny issues that throw the whole system off. 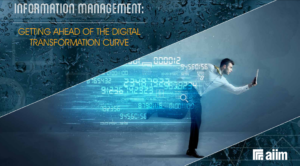 ARE YOUR EMPLOYEE’S WORKING REMOTELY OR ARE YOU MOVING TO NEW OFFICE SPACE?